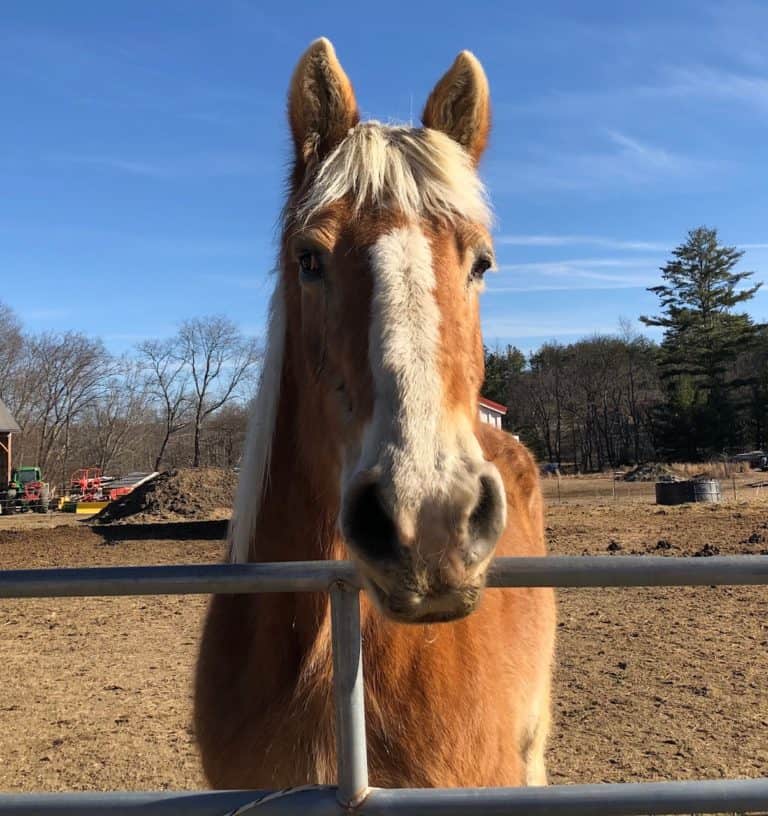 Patty joined us in February 2020.  She is a Belgian mare somewhere in her 20’s. She was one of those phone calls that you just say yes to and then hang up wondering if you will ever know the rest of the story.

She ended up in the hands of someone who chose to reach out to us first before sending her off to an auction.  We are grateful that choice was made. 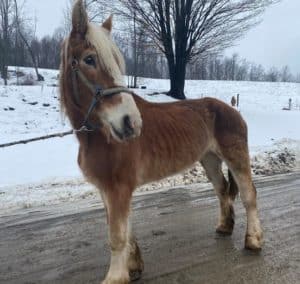 She arrived scared and really thin.  She was difficult to catch, happy to eat, and loved to be groomed.

Patty stayed with us until June.  At that time she had a home offer that included green grass, retirement, and great care.  Although she still needed to gain more weight, she was improving, and her new owners had experience with safe feeding practices.

Patty seemed to settle right in and did very well there.  She continued to gain weight and was looking great.  In December, we were asked to take her back because she wasn’t getting along with her companion.  We will always have a spot for any horse that we previously placed.

So we welcomed Patty back!

Timing worked out that Bertina had been here a while and needed a companion.  We put Patty in with Bertina and the rest was history.  Never a snarl, sneer, or kick.  It was like they were long lost pals. 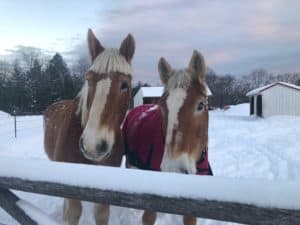 Today Patty and Bertina are in one of the larger paddocks with 4 other horses.   We have found over time that introducing 2 horses to a group is a lot easier than introducing 1 at a time. Although they are in a group, they stick right together like glue.   Patty is the leader, Bertina is the follower.

Patty would steal Bertina’s food.  Bertina would let her.  So we tried separating them during feeding time so that Bertina could get her needed calories.  She would be so worried about where Patty was that she would barely eat.

Our next idea was to create a feeding station for them.  We created two box stalls out of panels.  They were placed right next to each other.  Success!  They were able to eat their own food and still be close together. 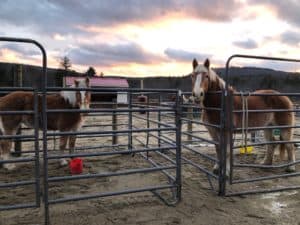 Patty has a safe home with us for the rest of her days.  She is a very smart horse.  I think she has been through the ringer and is quite content to be retired. 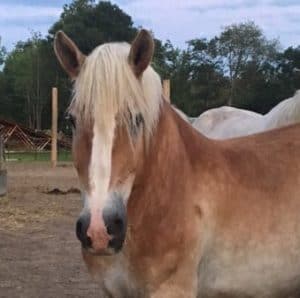 Get To Know Me – Beau